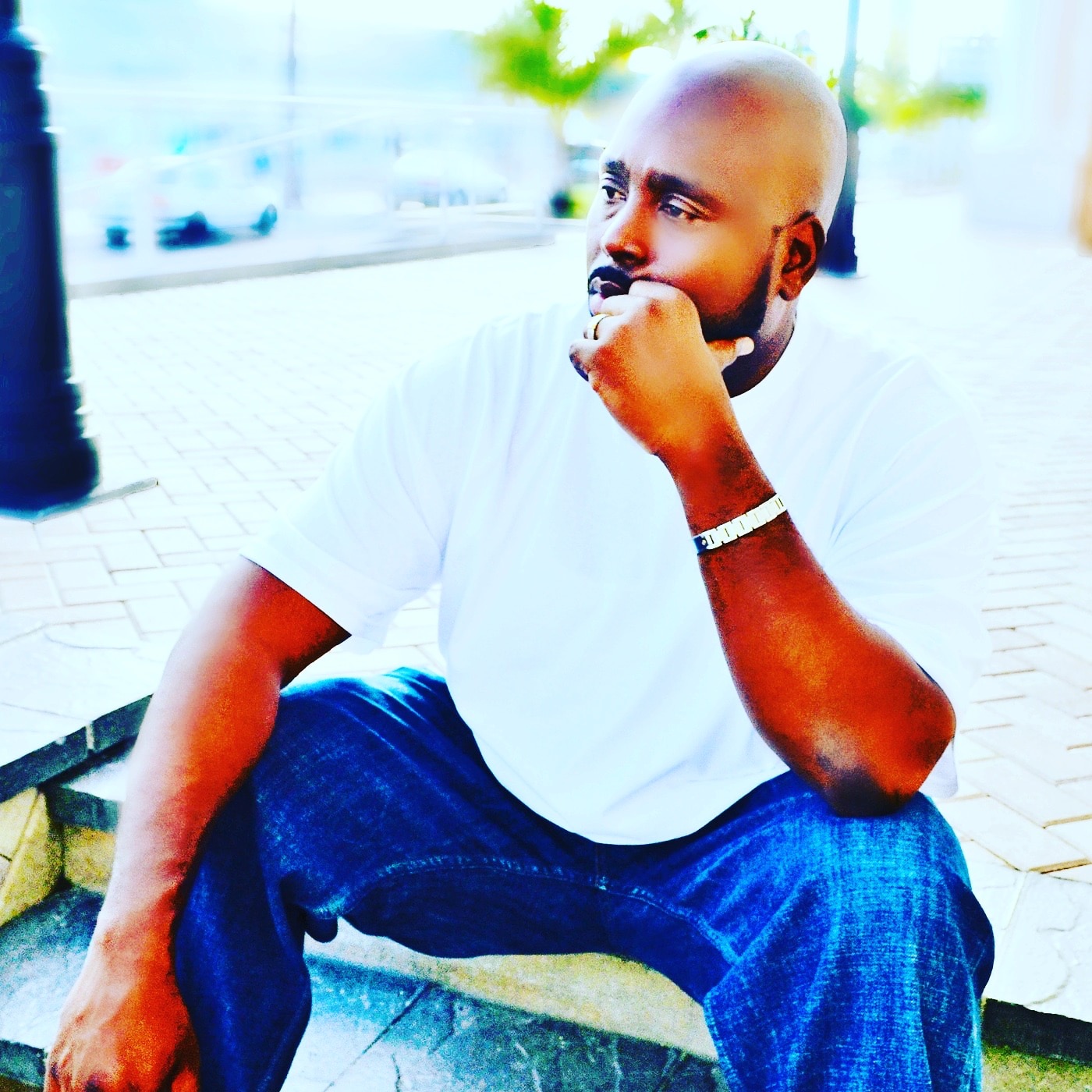 Big B.R.U.H’s love for music was instilled from a child as he was always surrounded by musical instruments such as the drums, key board and the guitar. Various songwriters and groups influenced and tickled his ear for music such as the Chuck Wagon Gang, Johnny Ace, Mahalia Jackson, Phil Collins, Paul Simon, The Jackson Five, Donnie and Marie Osborne Show, Otis Redding, Chuck Berry, Elvis Presley, which were some of his mother’s old records.

Hungry and driven to the music world, the taste for it expanded, and his genre was developing. He was drawn more to Rap music and dancing hip hop style as his playlist consisted of The Fat Boys, Curtis Blow, Force MD’S, Africa Bam Badda, Big Daddy Kane, Eric B Rakim and Heavy D. He was often referred to as the Bahamian Heavy D because of this love.

It was tough growing up as Clifford Rudolph Riley Jr. aka Big B.R.U.H as he was raised in a single parent home. This coerced him to quickly become a mature, responsible young man, and as a man he felt it was his duty in assisting his mother and taking most of the financial burdens of the home. At the age of 16 years after the death of an older sister it fortified a decision he was contemplating. He decided to sacrifice his education and continued working to help his mother support the remainder of the family. Big B.R.U.H was about to realize that God allows circumstances and situations to come together for the good of His plans and purpose.

Big B.R.U.H’s passion for music never ceased, it just grew stronger. While being employed at several major hotels in Nassau Bahamas, he was a member in two music groups namely Centerfold & Black Juice. The groupCenterfold travelled to the United States, performing at various restaurants and nightclubs such as Sweet Waters in New York and the Chaz and Wilson’s club. They also did a recording at Sugar Hill Record Studio in Inglewood New Jersey, where a record deal was offered to them, of which they declined. Centerfold returned to Nassau performing several events such as the Peace on the Streets Concert and being an opening act for the Force MD’S. They also performed live at the Crystal Palace Ball Room for the first Miss Crystal Palace Beauty Pageant and nightclub, where Big B.R.U.H was employed. The group Centerfold was short lived and Big BRUH moved on to the group Black Juice.

Being a member of Black Juice afforded him the opportunity to be the opening act for the late notorious Biggie Smalls in June 1996 at the Radisson Cable Beach Ball Room and also for Funk Flex, OutKast, Missy Elliott, Total and Beenie Man. He sang in many local nightclubs around Nassau. Black Juice wanted to refine their gift, so they attended different music conferences in the United States, to learn more about how to market and promote their craft at home. While in the United States at one of the conferences, he had a delightful experience, going head to head free style fashion, with an American rapper, record producer and actor, his namesake Clifford Smith Jr. aka Method Man from the group called the Wu Tang Clan. Black Juice went on to release The Soldier of the Earth Movement and their first single Lyrical Relaxation became the number one single on all of the radio stations here in the Bahamas. One would think they would have made it. However, the pressure of success got the better of them and the group dissolved.

Once again Big B.R.U.H found himself in an isolated state. Yet he kept pressing by reinventing himself and launching as a solo artist, wanting to let the music industry in the Bahamas know that he had what it took to be a solo artist and create work that will generate a buzz. The Disc Jockeys thought so, as they paid homage frequently playing his new solo Situations be like Dat song.

God knew that Clifford Rudolph Riley Jr. aka Big B.R.U.H’s life had a greater purpose and his gift would be used to give God all the glory. The Lord was calling him but he kept running getting involved in what he thought success looked like, relationships and record deals that was not a part of God’s will for his life. After the death of his father, who meant the world to him, in 2001 Big B.R.U.H was in a fight, a fight for his mental sanity and a fight for his faith. His mother thought he needed to be put into an asylum but God said No! Two men of God were sent his way to reassure him and lift him up. Encouraged, he started attending Temple Baptist Church.

Then in 2002 a year that signified a pivotal breaking point in his life when all of the experiences he went through, the wins and the losses, the disappointments, the shortcomings, regrets, all of it was to become his breakthrough. He attended ASAPH (Always Sanctified Always Praising Him) a dynamic worship arts leadership training congress conference hosted by the Bahamas Faith Ministries International Nassau Bahamas for the gathering of all praise and worship leaders, praise teams, choirs and dance ministries Clifford Riley Jr. aka Big B.R.U.H, rededicated his heart to Christ. Inspired with a new euphoric love of God, Big B.R.U.H started singing in the Temple Baptist choir.

Later, Big B.R.U.H joined the Barak Movement a major gospel choir hosted by Ambassador Devon Rolle singing tenor, rap and reggae vocals on their new album release. It was epic, and in 2008, at the Bahamas Fest the Barak Movement was center stage, along with several international recording artists such as Byron Cage, Donnie McClurkin and Mary Mary. Being a member of the Barak Movement he met his wife and the union had three children. It’s amazing how accepting Christ altered the quality of his life because Big B.R.U.H travelled to the United States singing songs of Praise!

Realizing now that he is to use his gift to glorify God, he launched his first solo gospel single among many others to follow such as; The Lover of My Soul featuring Sammie Starr that nominated him for a Marlin Award and in 2014 Seed Spiller was produced, which was a hit with women, emphasizing men who were “dead beat” fathers.

Big B.R.U.H’s mission is using music as a tool to send a message to our youths and nations. He has also developed several initiatives called C.O.T.S, Code of the Streets and Dream Big Movement. He hopes the movements will affect change in the hearts, minds and spirits to build a better society and help persons prepare for the return of our soon coming King. Big B.R.U.H has been nominated for several international music awards including; Prayze Factor People’s Choice Awards and the Rhythm of Gospel Music Awards. He can be reached on Faceback Instagram & Tik Tok @ cliffordbigbruhriley or follow his music on youtube channel Clifford Riley.